Due to the numerous requests received over the centuries, in this article I would like to quickly summarize the best software alternatives to the well-known and expensive AutoCAD, so let's start the overview now:

FREECAD - https://www.freecadweb.org/
FreeCAD is a completely free CAD designed mainly to create 3D models and it is mainly aimed at mechanical engineering but it is also good in other engineering applications such as architecture. It uses the main FCStd format but is able to import and export also in other formats such as, for example, STEP, DXF, SVG, DAE, IGES, STL and others. In addition to having extra functions thanks to the help of plugins, it can boast a very complete graphical interface. FreeCAD is available in many languages (including Italian) for Windows, Mac OS X and Linux.

BRL-CAD - https://brlcad.org/
BRL-CAD is a free Constructive Solid Geometry CAD that allows you to create solid models (through the use of Boolean algebra) and can be used mainly for graphic applications (but is also good for engineering). BRL-CAD, among other things, includes a geometric editor, raytracing support, tools to manage images and signals, a series of libraries that allow collaboration with other software as well as support for ballistic and electromagnetic analysis. BRL-CAD allows to import files in DXF and STL while it allows to export them also in EUCLID, IGES, X3D, TANKILL and other formats. Available for Windows, Mac OS X and Linux in English and partially in Spanish.

QCAD - https://qcad.org
QCAD is a CAD software, released under GPL license, which allows you to create and print 2D drawings. QCAD uses DXF files and, lately, it also manages the DWG format, it allows to export files in different formats but, unfortunately, it does not support DXF layouts and does not allow to export to VRML and SVG. Available for Windows, Mac OS X and Linux in multiple languages (Italian included).

LIBRECAD - https://librecad.org/
LibreCAD is a CAD for 2D drawing released under GPL license and is based on QCAD software libraries. Most of the menus and commands are similar to those of AutoCAD, making it an easy to use program for those users accustomed to using the latter. To import files, LibreCAD uses the DXF format while allowing you to export them in many other formats. Available for Windows, Mac OS X and Linux in several languages (including Italian).

DRAFTSIGHT - https://www.3ds.com
DraftSight is a free 2D CAD software that allows you to create, edit and view files in DWG and DXF. It has an interface very similar to AutoCAD LT but as soon as you save or print for the first time, to continue to use the program for free, you will be asked to activate it, within 30 days, using a valid email address, after which you will be asked to reactivate it after 6 months and then every year (i.e. at 12-month intervals). Available for Windows, Mac OS X and Linux (also in English).

DOUBLECAD XT - https://www.turbocad.com/content/doublecad-xt-v5
DoubleCAD XT is perhaps the best free alternative to AutoCAD LT because, thanks to its similarity with the latter (both in appearance and in menus, commands and icons), it can be used without major problems by those who are accustomed to using AutoCAD LT. There is also the paid version (called TurboCAD LTE Pro) that offers some extra features, but the free version is more than good because it has no limitations (in fact it allows you to open and save files in DWG, DXF and DWF formats but can even use Google SketchUp and SketchUp Pro templates). At the moment, however, it is only available for Windows operating systems and only in English (in order to download and use DoubleCAD XT, it is also necessary to register by email, however, it can be used for both private and commercial purposes).

NANOCAD - https://nanocad.com/products/nanoCAD/
nanoCAD is another free 2D/3D CAD, has an interface very similar to that of AutoCAD and allows you to create, read and open files in DWG format. Unfortunately it is available only for Windows (in English and Russian) and in order to download the program you need to register through your email but, also in this case, you can use the program both for private and commercial purposes.

OPENSCAD - https://www.openscad.org
OpenSCAD is a CAD program that allows you to create solid models in 3D (Constructive Solid Geometry type). However, it is not an interactive modeler but rather a 3D compiler that creates a 3D model by first reading a script (even from 2D AutoCAD DXF files). Available for Windows, Mac OS X and Linux only in English. Of course, in addition to these there are also other free programs (or that have a much more affordable price), but I believe that those listed are the best 10 free alternatives to AutoCAD (obviously each with its own pros and cons) as they are the most commonly used (if you know of the others, however, I invite you to report them in the comments). 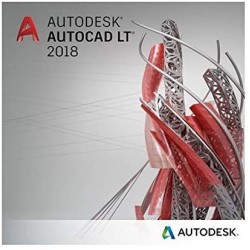